Information Processing Society of Japan (IPSJ) is what they claim the largest academic organization related to Informatics in Japan. I've been a member of it since 2009 when I was a 4th year undergrad student, I've participated in many domestic workshops and events they host, and I've received a few awards from them.

One thing I was concerned about them, is that they require to register one's sex (choosing either from man or woman) along with one's name and afflication and other information when someone joins IPSJ.

Because I wanted to choose a third option "prefer not to answer" (which I believe must be choosable) due to two reasons below, I asked them to add it to the sex column of the registration form.

I actually didn't expect a positive answer, because as an IT person I know that modifying even a single bit of an enterprise system costs tremendous amount of money and time (like 100s of 1000s of dollars, literally).

Turned out, my expectation was wrong in a good way. Their response was that they deleted my sex information from their membership DB and they also said that they would conisider adding a new option ("prefer not to answer") in the future. It was very nice of them to have (halfway) accepted my request, and I belive they will do the right thing in near future.

Figure: a screenshot of my membership info in their portal. The sex ("性別") column is blank.

Ochanomizu University to accept non-women who recognize themselves as female in addition to any women (including ones recognizing themselves as male and neutral). I think it's a very large step, and I want them to keep going but not stop here.

Note for those who are not familiar with Japanese universities: it used to be a women-only university but will introduce a new policy from next year.

In the short term, it is strongly needed to support students accepted by the new policy not only in the school but also around it. Do all apartment owners accept these students? I don't think so. Do all stations in Tokyo have universal restrooms? No they don't. I hope this new policy will have an impact to the society around the school as well.

In the long term, I believe now in this information era is the time to re-consider the long established concept of male vs. female. Why do we need to distinguish the two and map every single person to either of them? Why should the biological differences spiritually affect the way of thinking? How can we find a compromise in the real world where some do not wanna be distinguished (not discriminated) but others do feel comfortable being categorized? I hope this new policy will be a trigger to initiate constructive discussions, but not meaningless quarrels as usually seen in equality-related stuff.

The Japanese constitution has several clauses that have the phrase "for the public welfare" in them. Basically what it says is that the fundamental human rights are respected if (and only if) they do not conflict with the "public welfare".

I have been long thinking that this "public welfare" is too vague so that it can be used to condemn almost anything, because there is actually no definition in the constitution. The vagueness may not be a problem if the people are culturally, religiously, morally and biologically "uniform", but obviously it is not the case. In an extreme case, if say 99% of people think that something is ugly, then that thing can be criminalized in order to promote the public welfare (people actually claim that things they hate must be criminalized and they often cite public welfare, although making something really criminalized is rarely done in my understanding).

It turned out that, this vagueness has actually been pointed out by the United Nations as well. The International Covenant on Civil and Political Rights of the United Nations had a 'concern that the concept of "public welfare" is vague and open-ended' (page 8 of http://tbinternet.ohchr.org/_layouts/treatybodyexternal/Download.aspx?symbolno=CCPR/C/JPN/CO/6⟪=En ). There is a very good read (in Japanese) written by a professor of Osaka Sangyo University.

I guess there are two issues about this. First, people really do not care about it because for the majority of people who share the same way of thinking, something against the public welfare is what they do not want. So, condemning something against the public welfare is actually good for them! It might be the case that people do not even notice that the phrase "public welfare" is vague. Second, having a constructive and objective discussion on how to change the constitution is very difficult in Japan, because people are paranoid about the Clause No. 9 that says about the wars and forces (and I am too).

The 'who am i' idiom and the problem

The *unix command who is used to "show who is logged on" (c.f. https://linux.die.net/man/1/who ), and who am i, which is equivalent to who -m, is an idiomatic usage of who that only shows the user who calls this command. So it tells who you are. A funny thing is that any string works as the arguments. The command only checks if the number of arguments is 2 and then executes who -m if it is. Thus, as the manual says, who mother loves yields the same result.

The problem is that it does not work in recent GNOME-terminal, MATE-terminal, and any other terminal emulators that rely on libvte. In these terminal emulators, who am i just returns nothing. I think this is a critical issue as who am i is used in many shell scripts to retrieve the current user name.

How it is implemented

Before explaining why it doesn't work, I describe how it is implemented. The who.c file of gnu coreutils relies on the file named /var/run/utmp. This file contains login logs of the system and what who.c does is basically just opens the file, parse it and print the log entries.

In each entry of /var/run/utmp, a username and login information of that user are recorded such as the pid of the login process and the device name of the terminal the user is associated with (see the manual for the details). who am i compares the terminal device name in an entry with a string obtained by ttyname(3), and prints the entry if they match.

Code: A part of who.c of gnu coreutils (comments are added by me)

Why it doesn't work and what to do

The root cause behind this problem is that /var/run/utmp is not magically maintained by the OS and it has to be updated by each process, while recent versions of libvte does not do this. This is not a bug of libvte, but an intentional choice discussed like here. Although in the same thread a concern about who am i was raised, it was just removed to improve the code cleanness (it seems like the function to update /var/run/utmp was in a very nasty file that is almost never used). Because both GNOME-terminal and MATE-terminal use libvte, this problem exist in both of them.

Two easy alternatives are (1) to use xterm, which does not rely on libvte and updates /ver/run/tmp by itself, and (2) to use the whoami command, which uses a different mechanism, instead of who am i. 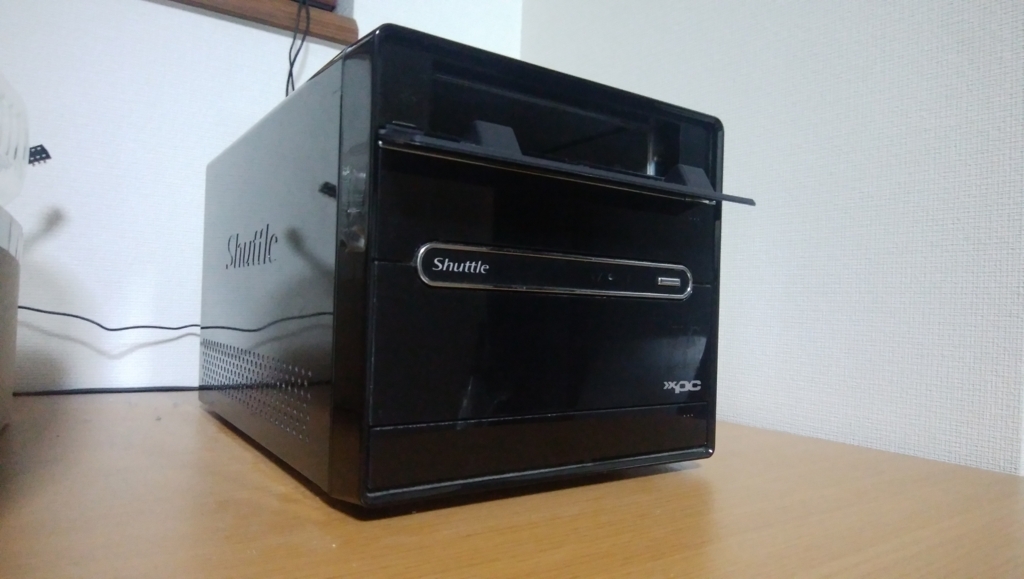 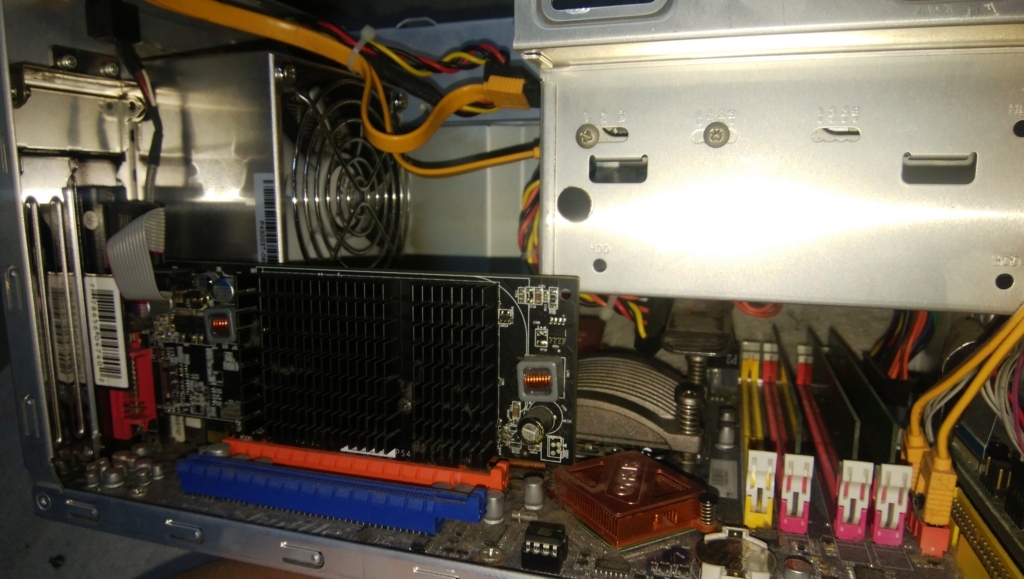 LBR (Last Branch Record) is a functionality to record information about branch instructions that a CPU takes, especially the linear addresses which the CPU has jumped from and to.

The unique point of LBR is that the records are taken 100% by hardware. On the other hand, the record btrace functionality of gdb records branches by using the "step execution" mode of a CPU. This mode invokes an interruption on every branch instruction (or every instruction of any type, depending on the configuration) so that software such as gdb can record information about branches. This is more flexible than pure-hardware recording because software can record any information (such as internal states of the OS scheduler), but the overhead is huge due to many interruptions. LBR provides almost zero overhead in the cost of reduced flexibility.

This post explains how to configure LBR by actually setting model specific registers (MSRs). On why and how LBR is useful, you can refer other articles such as this or this.

The table below shows MSRs that are important for LBR configurations.

MSR_LBR_SELECT MSR is used to selectively record LBRs. For example, you can record branches only when the CPU is in ring 0 (or only when not in ring 0). The screenshot below is from the Intel's manual.

Things to care when using LBRs

There are two things on which you must be very careful.

First, LBRs are cleared when the CPU goes to a sleep state deeper than C2 and there is no configuration to keep them not cleared. C2 is not that deep, so just letting the CPU idle after a workload execution will clear the LBRs that are just recorded.

I guess the only way to prevent them from being cleared is to force the CPU awake all the time. You can easily do it by adding intel_idle.max_cstate=1 and intel_pstate=disable to GRUB_CMDLINE_LINUX_DEFAULT of /etc/default/grub and then do $ sudo update-grub and reboot your machine.

Second, stopping LBR recoding is somewhat tricky. Because there are only 32 records, you want to stop LBRs being updated as soon as your workload finishes (or suspended due to an event under interest such as a SEGV). Setting the bit 0 of IA32_DEBUGCTL to 0 by hand (or by a script) may not work because executing 32 branches takes a modern processor like a million times shorter than a blink of your eye.

The bad news is that the only one way provided by the CPU to automatically stop LBR recoding is to use PMIs (performance monitoring interruptions). If the bit 11 of IA32_DEBUGCTL is 1, the CPU "freezes" LBRs when it invokes a PMI. I guess this is why gdb does not support retrieving LBRs although LBR has been existing since ancient ages of 32 bit CPUs.

The good news, however, is that you can freeze LBRs as soon as any interruption is invoked by a software trick. This allows you to safely retrieve LBRs when a workload stops by a SIGSEGV or SEGFPE (or whatever interruption you're interested in).

To do this, you have to put a single line of code to set the bit 0 of IA32_DEBUGCLT to 0 in an exception handler of the linux kernel. For example, inserting wrmsrl(0x1d9, 0); into do_coprocessor_error and do_simd_coprocessor_error in arch/x86/kernel/traps.c lets the kernel to freeze LBR as soon as it receives a SIGFPE. Because the CPU jumps to an interruption handler directly when an exception occurs, this will overwrite the LBRs at most by 1 record (or actually no records are overwritten if you selectively record branches only in ring > 0).